A brief history of cork closures 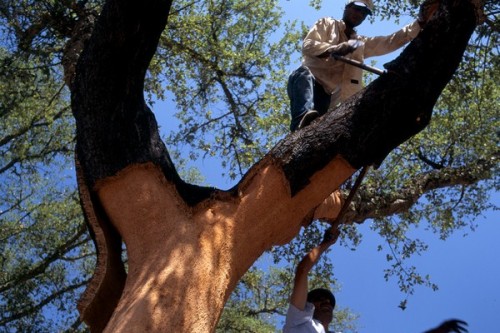 You may read in many books that the use of cork as a wine stopper was discovered by the French monk, Dom Perignon. This is certainly not the case. The year 1680 has been stated as when the Benedictine monk first used cork for sealing wine. Previously stoppers had generally been made of wood wrapped in hemp soaked in olive oil.

Cork was probably first used to seal wine in the sixth century BC (BCE) in Toscana (Tuscany). Certainly, the Romans had used cork to seal amphorae and barrels containing wine, but such use was discontinued during the dark ages. The Romans also used olive oil to cover the surface of wine in amphorae - this would prevent oxidiaton.

Over the coming centuries cork started to become more widely used to seal bottles, and its use was far from uncommon by 1680. This was not just for wine but also for other alcoholic drinks. In 1676 John Worlidge noted in his Vinetum Brittanicum - Treatise of Cider and such other wines and drinks that are extracted from all manner of fruits growing in this kingdom - that defective corks could ruin drinks.

The myth of being the first to use cork is but one of many spurious claims about Dom Perignon - perhaps the most widely spread misinformation is that he invented sparkling wine in or around 1697. In fact the production of sparkling wine by adding sugar or molasses to induce a second fermentation in the bottle was first described by an Englishman - Christopher Merret who in 1662 presented a paper to the Royal Society. At that time only the English were using coal-fired furnaces and able to produce bottles strong enough to resist the pressure of the carbon dioxide gas that would cause weaker bottles to explode. Bottles of sparkling wine in the 'Champagne' style and sealed with cork stoppers were first drunk in London during the 1660s.

At about the same time as Merret was working on his paper another English scientist, Robert Hooke of the Royal Society was examining a thin slice of cork under his microscope, and was amazed to find it 'much like a honeycomb'. Each of the compartments in the 'honeycomb' reminded Hooke of the cells in which monks slept, so he named them cells - the first use of that term that subsequently was to be used for the building blocks of life.


For almost 300 years, from the end of the seventeenth century until the 1980s, wine in glass bottles was invariably sealed with cork. In the second part of the twentieth century, in the case of inexpensive wines, this might be an agglomerated cork closure. In the 1980s the growth in the use of alternative closure began, initially with injection-molded plastic stoppers, but from the late 1990s co-extruded synthetic stoppers and screw caps.

The issue of musty 2,4,6-trichloroanisole (TCA) taint from contaminated cork which became a particular problem in the late twentieth century is now, to a large extent behind us, following 20 years of R&D and changes in working practices in the cork industry. However, musty haloanisole taints in wine can come from many other sources, including the winery environment. This topic is discussed at length in my new book 'Wine Faults and Flaws: A Practical Guide'.